NORTON, Mass. — The FedEx Cup playoffs have become the domain of superstars. The journeymen, the up-and-comers, the one-hit wonders — those guys must win during the regular season. Once it’s playoff time, only the biggest of big-time players prevail.

That might seem strange, considering it’s hardly the most important stretch of tournaments on the annual calendar.

Ask any elite professional golfer and he’ll quickly respond that major championships top his priority list. After that? The Players Championship — or for many European-grown players, the BMW PGA Championship, which is the flagship event overseas. Next on the list might be a virtual sudden-death playoff between the four World Golf Championship tournaments and the four FedEx Cup playoff events, though a $10 million carrot on the end of the stick might serve as an extravagant tiebreaker for the latter.

And yet, just check out the winners. The past nine playoff titles, in reverse order, have been captured by this list of who’s who: Dustin Johnson, Rory McIlroy, Johnson (again), McIlroy (again), Patrick Reed, Jordan Spieth, Jason Day, Rickie Fowler and Day (again).

There’s an excellent chance that the 10th in a row will be won by someone with a similar pedigree.

Entering the final round of the Dell Technologies Championship, there are more than a half-dozen players within shouting distance of the lead who qualify. That doesn’t even include Paul Casey, who’s been a consistent performer for years, or Marc Leishman, Grayson Murray and Adam Hadwin, each of whom has already won a PGA Tour event this year and would be a worthy champion come Monday afternoon.

Nothing against those players, but the rest of the leaderboard at TPC Boston is a veritable amplitude of greatness.

There’s Justin Thomas, in his second start since winning his first major, tied for the lead. There’s Spieth, two months removed from his third major, just 2 strokes back. World No. 1 Johnson is 3 back; so is No. 5 Jon Rahm. At 4 back, Phil Mickelson still qualifies for this list on name brand alone. And Fowler and Justin Rose are another stroke behind.

One week after Johnson defeated Spieth in a playoff at the first playoff event, even more star-power is on display here in the heart of New England, though it leaves us pondering one important question: Why?

“I imagine there’s more at stake and maybe that just plays a role, and so a little bit more experience in the bigger events or having a chance to win bigger events brings it up,” Spieth offered after a third-round 66. “I think just a little more sense of calm with certain players that allows them to free up.”

That’s one theory — and it certainly holds some weight.

The best players aren’t usually worried about what they need to do in order to advance to the next playoff event. They’ve usually already won at least once or twice during the regular season, so they’re not seeking an elusive victory, all of which, as Spieth said, frees them up.

But other explanations are equally valid.

“We treat these four events as a major,” said Thomas, who posted an 8-under 63 on Sunday. “We are trying to be peaking this time. We are trying to be peaking come Atlanta. We try to take time off before the majors; I took a week off before the playoffs to try to get my game ready to get rested and kind of get going. Obviously, the PGA changed that a little bit, but for good reason. I don’t know. I would just say that we all want to win, but it’s kind of like trying to win a golf tournament in four events. We want to win and I guess it’s happened to be that way.”

Then there’s the idea that, when the cream of the crop really needs a big week, whether it’s to salvage their season or move into that all-important top-five entering the Tour Championship, they all have the talent to make it happen.

“Sometimes not being in a good position, back is up against the wall and knowing they need to make something happen,” Fowler explained of this rationale. “I think in a lot of cases, when that happens, not every time, but guys that are the best players in the world find a way to just get the job done. Not necessarily winning, but just a good, solid week. Maybe a good performance; hey, you need to finish top-five this week, and just find a way to go do it … It’s no coincidence, I don’t think.”

It might be no coincidence on Monday, either, if the winner of this tournament is a player who resides in the current top-10 or owns a few major championships to his name.

These playoff events have brought out the best in the best players over the past few years. Based on the leaderboard, it’s happening once again this week. 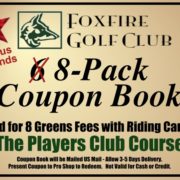 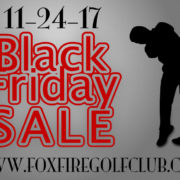 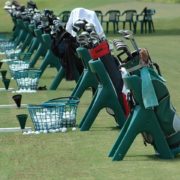 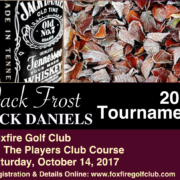 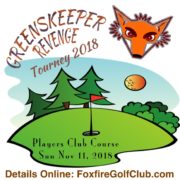 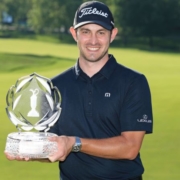