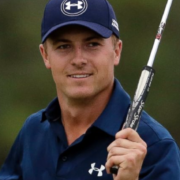 Why Jordan Spieth’s next four weeks are so important

PONTE VEDRA BEACH, Fla. — Jordan Spieth understandably could have been upset about putting his tee shot in the water and quadruple-bogeying his final hole at the Players Championship, but the three-time major winner was pretty pumped after his final round.

That’s because he really likes the way he’s playing, and that has his confidence soaring for the upcoming back-to-back tournaments on his home turf.

“I feel as good about my golf game right now as I have in two-plus years,” Spieth said Sunday after finishing tied for 41st at 6-under par at TPC Sawgrass. “I went 14-under … with three holes left in the first round until the 17th hole the final round on a golf course that really doesn’t fit my game, and I’m going to a few places in a row that I really love.

“Everything feels like it’s progressing really nicely. I’m extremely positive about the next few weeks.”

The PGA Tour’s next two stops are in Dallas, for the AT&T Byron Nelson Classic, and Fort Worth, Texas, for the Fort Worth Invitational. Spieth lives in Dallas and has played numerous rounds at Trinity Forest Golf Club, a links-style course that opened in the fall of 2016 and will be the new home of the Byron Nelson.

Spieth said that gives him a significant advantage over “anybody else in the field, having been there from the day they sprigged the greens.

“I haven’t seen a lot of the pins and I know the tees are going to switch around from what we normally play, but I’m excited about the next few weeks.”

Spieth hasn’t finished higher than a tie for 18th in six appearances at the Byron Nelson, but he has finished in the top 10 in four of his five appearances at the Fort Worth Invitational, including winning the tournament in 2016 and finishing tied for second last year and in 2015.

Those two tournaments will be Spieth’s second and third consecutive weeks of golf, and he’s expected to play the Memorial at the end of the month. It’s the only time he plays four times in four weeks every year, and he likes doing it.

“Historically I play better golf after I’ve played the week before,” Spieth said. “You just get these weird kinks, like what I did there on 18 [at the Players], these kind of, OK, refocus and make sure you’re playing away from trouble. I get a little, I don’t know if lazy is the right word, but a little lack of commitment or maybe even over-commitment, to trying to be too aggressive first weeks out trying to shoot up the board.

“Is it difficult [to play four consecutive weeks]? No. I’m in my own bed. There’s certainly a lot of obligations that I don’t have other weeks the next two, but I’ve done a good job managing them the last couple years and will continue to.”

Quadruple-bogey on No. 18 aside, Spieth’s performance at the Players was his best there since he finished tied for fourth in his tournament debut in 2014 (he missed the cut the previous three years), and his third-round 65 was his second-best round of the season. He had shot 66 five other times this season, including the first round of The Masters (he finished third).

Spieth missed the cut at the Zurich Classic of New Orleans two weeks ago and didn’t play in the Wells Fargo Championship in Charlotte, North Carolina, May 3-6. With his confidence in his game sky high, he’s excited about the next few weeks.

“I’ve got a four-week stretch here now that I really enjoy,” Spieth said. “This is the only time I play four in a row in a season, and I like doing that. It’s fun. I love being on the road and practicing and grinding and having a chance to play on the PGA Tour, and to have these events, go home — I’ve got an opportunity in these four weeks to have a lot of fun playing golf and potentially give myself a chance to win. That’s what I’m looking forward to.”

SOUTHPORT, England — The flight of Jordan Spieth’s 3-wood from the light rough looked about as ugly as the weather at The Open. The outcome was about as bright as his chances of getting his name on another major championship trophy.

Spieth seized control Friday at Royal Birkdale with a shot that he hit a little off the neck of his 3-wood. It was low and hot, and ran fast along the rain-soaked turf until it skirted by a pot bunker and rambled onto the green to set up an 18-foot eagle putt on the par-5 15th.

“I mishit the shot, which is probably why it looked so gross,” Spieth said. “I hit it low off the heel, which is easy to do when you’re trying to carve a cut. And it just … one hop, scooted around the group of bunkers there, and then it was obviously fortunate to get all the way to the green.”

Even in gusts that topped 30 mph and occasional downpours so strong that play was briefly stopped, Spieth managed a 1-under 69 to build a two-shot lead over Matt Kuchar going into the weekend.

Spieth was at 6-under 134. It was the 12th time he has been atop the leaderboard at a major, including the fourth rounds of the Masters and U.S. Open that he won in 2015. Spieth is the sole leader at a major for the first time since the third round of the Masters last year, when he was runner-up to Danny Willett.

“Anytime you’re in the last group on a weekend in a major … you get nervous. And I’ll be feeling it this weekend a bit,” Spieth said. “But I enjoy it. As long as I approach it positively and recognize that this is what you want to feel because you’re in the position you want to be in, then the easier it is to hit solid shots and to create solid rounds.”

Kuchar played in the morning in steadily strong wind, but without rain, and pieced together a solid round until a few mistakes at the end for a 71. He was at 4-under 136, and it would have been a good bet that he would be leading with the nasty weather that arrived.

“I think that’s what people enjoy about the British Open is watching the hard wind, the rain, the guys just trying to survive out there,” Kuchar said. “Today is my day. I get to kick back in the afternoon and watch the guys just try to survive.”

He wound up watching another short-game clinic from Spieth.

The key to his round came in the middle, starting with a 10-foot par putt on No. 8 after he drove into a pot bunker. The biggest break came at No. 10, when the rain was pounding Royal Birkdale. Spieth hit into another pot bunker off the tee, could only advance it out sideways, and came up short of the green in light rough. He was looking at bogey or worse when he chipped in for par.

“Massive,” he said about the par. “Nothing said `4′ about this hole. I feel a little guilty about taking 4 on the card.”

And he wasn’t through just yet. Spieth rolled in a 35-foot birdie putt across the 11th green, and then after watching Henrik Stenson’s tee shot on the par-3 12th land softly, Spieth realized he could take on the flag. He hit 7-iron to 2 feet for another birdie, and followed that with a beautiful pitch to tap-in range for par on the 13th.

Even so, his work is far from over.

The chasing pack features U.S. Open champion Brooks Koepka, who failed to make a birdie but stayed in the hunt with 16 pars in a 72, and Ian Poulter with his newfound confidence, which is growing even higher with the support of the English crowd. Poulter shot 70.

Not to be overlooked was Rory McIlroy, who recovered from a horrific start Thursday to salvage a 71, and then kept right on rolling. McIlroy, who was 5 over through the opening six holes of the tournament, ran off three birdies with full control of every shot on the front nine.

And much like Spieth, he kept his round together with crucial par saves when the wind was at its worse.

McIlroy posted a 68 and was at 1-under 139, only five shots behind with only five players in front of him.

“To be in after two days and be under par for this championship after the way I started, I’m ecstatic with that,” McIlroy said.

Not everyone got off so easy.

Justin Thomas, who started the second round just two shots behind, drove into the gorse on the first hole and took double bogey. That wasn’t nearly as bad as the sixth hole, where he tried three times to hammer out of the thick native grass well right of the fairway. He couldn’t find the ball after the third one, and he wound up taking a quintuple-bogey 9. Thomas made another double bogey on the 13th hole and shot 80.

Charl Schwartzel was tied for the lead after four holes. And then his approach to No. 5 sailed over the green and led to double bogey, leading to a downfall so severe that the former Masters champion shot 78.

Spieth never looked as if he was under any stress, except for his tee shot into the bunker on No. 8. A British writer suggested a lip-reader could have detected some choice words coming out of his mouth. Spieth smiled and replied, “I speak American. You probably didn’t understand me.”

The language of his clubs was all too familiar. For the first time this year, he is making his normal share of putts — a lot — to go along with ball-striking that has been strong all season. And he established himself as the target for the weekend at Royal Birkdale. 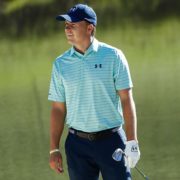 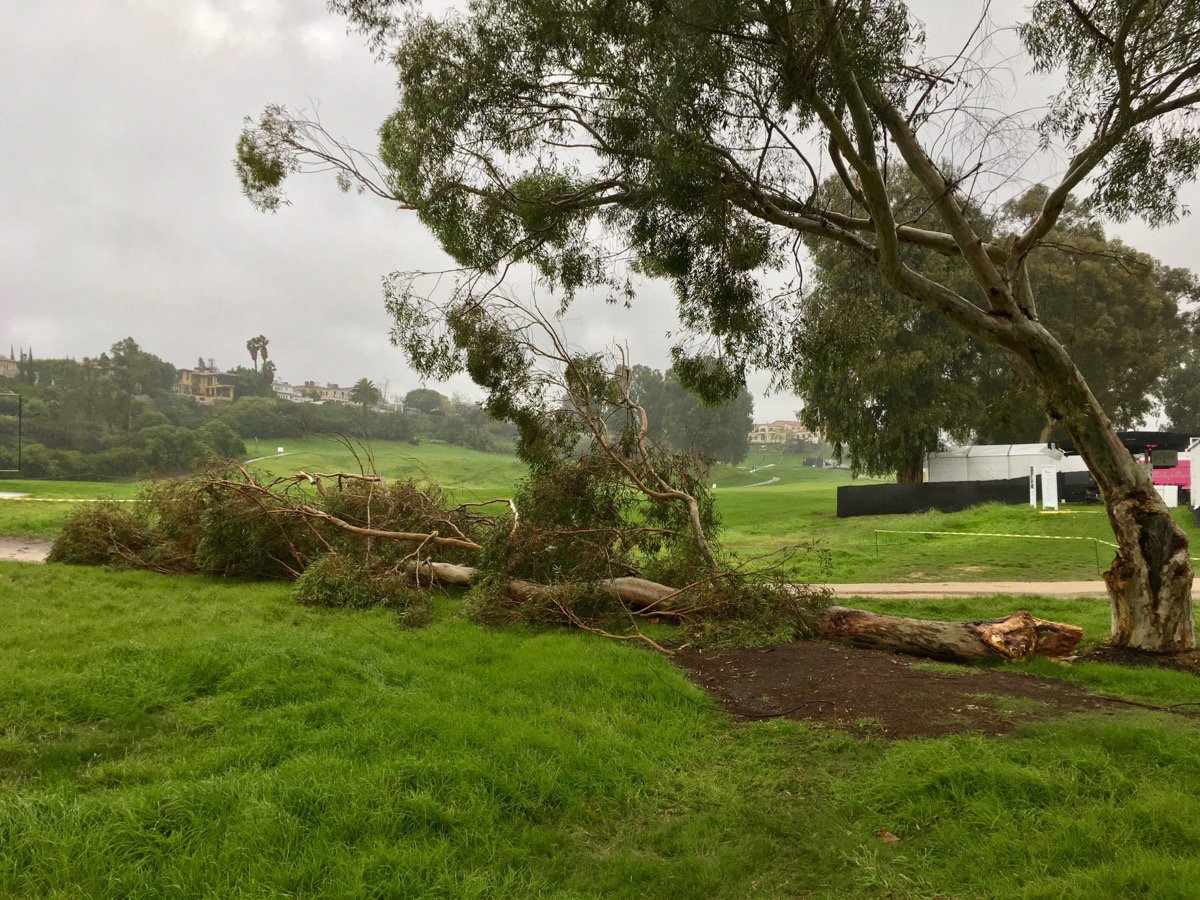