CARMEL, Ind. — Tiger Woods plans to return to competitive golf next month at the Safeway Open, and hopes to add two more events before the end of the year.

Woods, 40, announced on his website Wednesday that he hopes to play the Safeway, formerly known as the Frys.com Open, Oct. 13-16 in Napa, California. It is the first event of the PGA Tour’s 2016-17 season and will be his first tournament in more than a year. 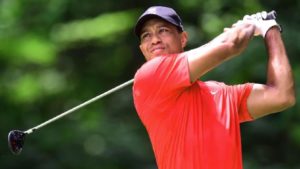 He also said he hopes to play in the European Tour’s Turkish Airlines Open in early November as well as the Hero World Challenge in December, Woods’ annual tournament that benefits the Tiger Woods Foundation.

“I think it’s great,” Phil Mickelson told ESPN on Wednesday. “I’m looking forward to spending time with him at the Ryder Cup. I think that’ll be great motivation for him.

“I’m hoping we can get paired together. That would be really fun. I would love it. It’s great to have him back and hopefully he’s physically able to practice the way he needs.”

Woods, who has held the No. 1 ranking in the world longer than anyone else, has slipped to 711th due to inactivity after undergoing two back procedures in the fall of 2015. He tied for 10th at the Wyndham Championship in August 2015, then had back surgery in mid-September and another procedure in late October.

If Woods plays Oct. 13, it will end a stretch of 416 days between official tournament rounds for him.

“My rehabilitation is to the point where I’m comfortable making plans, but I still have work to do,” Woods said in a statement. “Whether I can play depends on my continued progress and recovery. My hope is to have my game ready to go.

“I’m looking forward to going to California for my foundation event and Safeway. I’m also excited to return to Turkey and Albany [in the Bahamas]. It could be a fun fall. It was difficult missing tournaments that are important to me, but this time I was smart about my recovery and didn’t rush it.”

What shape Woods’ game will be in will be of incredible interest. He suffered through his worst year as a pro in 2015, missing the cut in three major championships. He had swing issues to work through with his coach, Chris Como, that were not helped by injury and inactivity.

“I’m looking forward to seeing him play again, seeing what the state of his game is,” said No. 1-ranked Jason Day, who has become a frequent texting buddy of Woods’ and said he sensed the 14-time major winner was close to a comeback.

“This time I think he’s done it the right way by waiting and not coming back too soon. There’s been a couple of times where I feel like he may have come back too soon and kind of injured himself a little bit more, and that’s what’s kept him out of the game so long. But there’s probably a lot of anticipation to see how the state of his game is and I’m definitely looking forward to watching those tournaments and seeing how his body holds up and how the mental side and obviously the golf side of things hold up as well.”

The Safeway event will be played just two weeks after the Ryder Cup, where Woods will serve as a vice captain for the United States.

“We’re always going to have high expectations because the guy is arguably one of the two greatest players in history if not the greatest,” Mickelson said. “Our expectations of him will always be high. It doesn’t mean given all the health issues and challenges that he’s faced… it doesn’t mean that’s fair.”

The Turkish Airlines Open (Nov. 3-6) is the first of three European Tour events known as the Final Series. Woods played the tournament in 2013 and tied for third. He is likely getting an appearance fee to compete.

The Hero World Challenge, to be played Dec. 1-4 in the Bahamas, is an 18-player event that invites players based on the world rankings and major championships. Woods has an exemption as tournament host.

McIlroy making a move at the Deutsche Bank Championship… Is it the new...