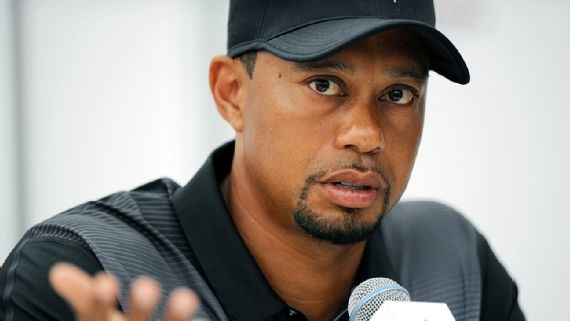 Tiger Woods is pulling the plug on his hopes of playing this season.

The PGA Championship said on Tuesday that he had withdrawn from the major, and his agent Mark Steinberg said that he will not play in a event for the rest of the 2015-16 season.

Woods indicated in June that he wasn’t sure whether he would play at all in 2016. He has been rehabbing from back surgery since last year and has undergone three back surgeries since March 2014.

Steinberg said that Woods is continuing to make progress in his rehab, but it didn’t make sense to play this season considering how few events are left. They will assess when to return for next season.

When Woods pulled out of The Open at Royal Troon, it marked the first time in his professional career that he had missed three straight majors. Now it will be four.

Woods last played a PGA Tour event in August 2015, when he finished tied for 10th at the Wyndham Championship.

The PGA Championship will be played July 28-31 at Baltusrol Golf Club in Springfield, New Jersey.

The 2015-16 regular season includes three more events and then the four-event playoffs, culminating with the Tour Championship Sept. 22-25. The Ryder Cup is the next week.