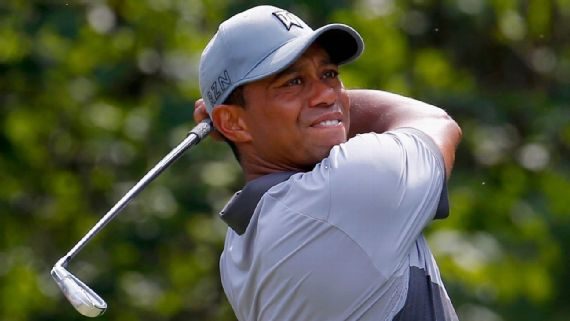 NAPA, Calif. — The comeback is on hold, along with a sobering admission from Tiger Woods. His game is “vulnerable” and not yet ready for competition. And perhaps not for prime time viewing, either.

How much this has to do with Woods’ own insecurities about his game and how it might look are all part of the complex package you get when dealing with someone who was so stunningly good for so long and who is now faced with being far away from those dizzying heights of greatness.

“After a lot of soul-searching and honest reflection, I know that I am not yet ready to play on the PGA Tour or compete in Turkey,” Woods said on his website. “My health is good, and I feel strong, but my game is vulnerable and not where it needs to be.”

That Woods, 40, would be so blunt as to his own deficiencies right now is jarring, even knowing that the 14-time major winner has been through a significant amount of pain and a slow rehabilitation from two surgeries late in 2015.

It was Woods, after all, who opened up the door to this return, saying more than a month ago that he “hoped” to be back this week at the Safeway Open but also noting that he had a lot of work to do in that period to get ready.

The Ryder Cup — where he was a vice captain in Minnesota — and Hurricane Matthew near his South Florida home didn’t help from a preparation standpoint. Neither was a Tiger Woods Foundation event on Monday and Tuesday a couple of hours down the road from here at Pebble Beach, where he was the host of a big fundraiser.

And yet with all those distractions, Woods officially committed to the Safeway Open on Friday — only to pull out three days later.

The timing is odd and has led to numerous conspiracy theories about his motives. It certainly is not helped by the lack of information about his rehabilitation, his practice routine or how much golf he has played.

Notah Begay, Woods’ long-time friend who also works as an analyst for Golf Channel, said Monday that the golfer had only begun hitting drivers in earnest six weeks ago. And yet Woods’ agent, Mark Steinberg, said way back in April that Woods had worked that club back into his practice routine at that point.

He was hitting drivers during a clinic, a full-out practice session and a five-hole outing when he opened up his Bluejack National golf course design in Houston later that month, but the information about his practice pretty much dried up afterward. Woods said in June that he had yet to put multiple days of golf together.

“There are no physical complications at all,” Steinberg said Monday. “I don’t know if it’s mental or just (his) golf game. He hasn’t played competitive golf in 14 months now. As he’s worked at his game of late, he just felt it wasn’t up to the quality necessary to compete right now.”

Why Woods felt his game was OK on Friday but not on Monday is just another in a long line of mysteries surrounding the golfer, who has endured three back surgeries and four knee operations in a career that used to routinely see him rebound from layoffs, maladies and even arthroscopic procedures.

But the back surgeries have been a different deal. Throw in his well-documented chipping woes from early in 2015 and it shows just how many pieces have to be put back together.

Woods said that his first holes of golf came in April — eight months after he had tied for 10th at the Wyndham Championship. Even there, Woods had swing issues that needed to be addressed, and they weren’t magically going to be cured when he first picked up a club again.

So there were the physical problems to overcome, a work-in-progress swing and short-game issues, just to start. Then came the ability to practice and play regularly. Throw in the mental side of putting it all together and we have perhaps what has never been associated with Woods — fragility.

Those seven days at the Ryder Cup didn’t help his preparation, but they certainly were a boost to his competitiveness.

“It gave him even more energy: ‘Man, I want to be back in the locker room,”’ Steinberg said. “It lit even more of a fire for him. But when he realized that his game just wasn’t there, it was very frustrating.”

Steinberg said Woods felt he didn’t believe it was “appropriate” to make his return at the Turkish Airlines Open, a European Tour event. It was out of “respect for the PGA Tour” that he is skipping that tournament abroad next month, not some doom and gloom scenario that keeps him from being ready then.

Of course, there are other PGA Tour events after that and before the Hero World Challenge in December in the Bahamas, where Woods hosts the annual tournament for his foundation.

Perhaps he sees a softer opening for himself in the Bahamas. Woods has a home in the resort community of Albany on New Providence in The Bahamas and knows Albany Golf Course, one that is relatively benign. The tournament features just 18 players, but it was at the same event — one he has won five times — played in Orlando two years ago where he tied for last.

The good news is Woods now has another two months to prepare. He’ll have the various corporate and foundation duties that take up his time, but there should be plenty of room for repetitive rounds of golf, recovery and practice.

The next step then is tournament golf, ugly or not. At some point, Woods needs to jump back between the ropes, take a few hits and learn to cope with the game on a level he made look so easy for so long.

If not December, then when?