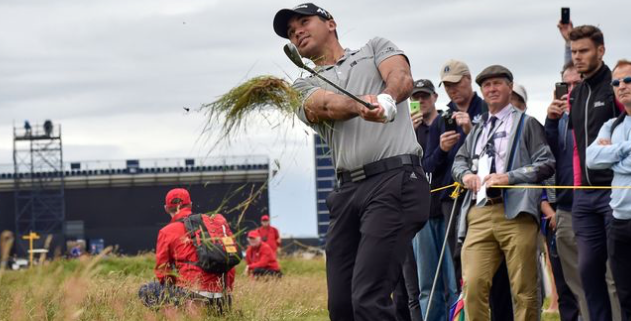 Exciting week in golf the 145th British Open is here!

Dustin Johnson and Jason Day enter the British Open as co-favorites on the betting lines at the sportsbooks in the third major event of 2016.

Known for a long while as one of the best golfers in the world never to have won a major, Dustin Johnson finally broke through with a 4-under-par performance in the U.S. Open to win the event. Johnson carried that momentum into another win at the WGC Bridgestone Invitational, making him the hottest golfer on the tour coming into the British Open. In 15 tournaments this season, Johnson has ten Top 10 finishes.

Day has been extremely consistent in 2016, picking up seven top-10 finishes in his last nine events. Day has three wins over that stretch including his win in The Players Championship, and he enters this tournament with three top-five finishes in his last five appearances. Unlike some of the boom-or-bust options on the board, Day is a pretty reliable bet to still be in the hunt come Sunday.

McIlroy won this event in 2014 for the third major title of his career. McIlroy missed the cut at the U.S. Open, but before that had seemed to be in solid form with five straight top-12 finishes, including three fourth-place finishes in his last five tournaments. As a Northern Ireland native, McIlroy has a strong following with the British Open being played in the United Kingdom.

Spieth withdraws from Olympics; Kuchar in

Foxfire Golf Club is no longer associated with Golfnow, so please book your...
Scroll to top